Dropping in for a cause: The Easter Seals Drop Zone Challenge.

This year Darlene and I were fortunate to have a superhero in our circle of friends.  Debra Stockwell, the wife of Ray Stockwell, drummer for Winnipeg’s 60’s rock band The Jury.  Debra like us, tries every year to do one big charity drive and a few months ago she began raising funds for the Easter Seals Drop Zone Challenge.  For a minimum of $1500 raised she would get to do something incredible.  Namely repel down the side of a 17 story building located on the windiest corner in Canada Portage and Main. 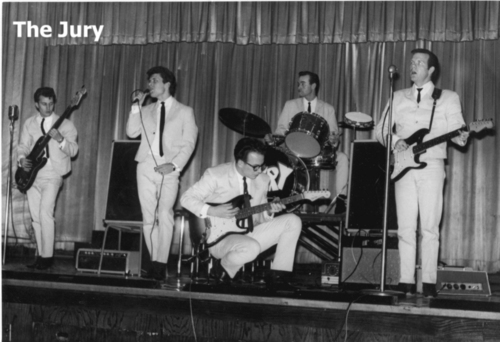 Ray Stockwell on drums for The Jury!

When we arrived on the day of the repel the wind was howling though the urban landscape and must have been truly vicious at the top of the Royal Bank building. The normally vertical repelling lines were becoming pendulums sending the brave souls attached to them four or five windows over from their assigned drop lane.

The wind was a serious factor in this repel. Check out the wind action on that cape.

But we Winnipeggers are a hearty folk and everyone seemed to be having a great time of it.  Music was playing courtesy of Hot 103. Station DJ Adam West even repelled and has the video to prove it. 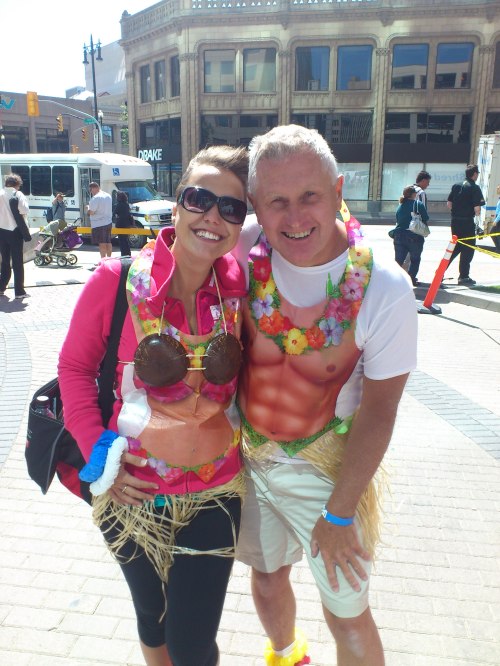 Fun was the order of the day for this brave couple.

Mingling with the crowd and looking for our friend Debra and her husband Ray I began to notice a certain trend among the brave souls who were going to go over the edge.  Costumes seemed to be the order of the day, many superheros were prevalent but not exclusively.  Some people wore Hawaiian shirts complete with coconut bras. Others like our friend Deb became their favorite television personalities, she chose to become geek extraordinaire Sheldon Cooper from The Big Bang Theory.

As the time drew close Debra introduced us to her drop companion Jodie Brown who would be going down at the same time on another line, she was clad from head to booties as a hilarious looking sock monkey.  Both women were incredibly pumped up about the opportunity.  Deb confessed to having slight butterflies in her belly and being scared of heights.  But if you know anything about Debra you know that she always faces her fears head on and was super impressed by all the safety precautions that Drop Zone had taken.

END_OF_DOCUMENT_TOKEN_TO_BE_REPLACED

Posted in Why Winnipeg Rocks!, Winnipeg and Hometown Goings On, Winnipeg Music Scene