With the upcoming release of the twenty-third movie in the James Bond 007 series I thought it was time to finish the true life story of Winnipeg’s own William Stephenson the inspiration for the character of James Bond.

For the back story on Stephenson before World War 2 please read the my earlier posts – William Stephenson the quiet man that would inspire 007 and James Bond, Winston Churchill and Adolph Hitler – The Canadian Connection.

The morning of May 18, 1940 as recorded by Randolph Churchill: “I went up to my father’s bedroom. He was standing in front of his basin and was shaving with his old fashioned Valet razor. He had a tough beard, and was as usual hacking away.

‘Sit down, dear boy, and read the papers while I finish shaving .’ I did as told.  After two or three minutes of hacking away, he half-turned and said: ‘I think I see my way through.’ He resumed shaving.

I was astounded , and said: ‘Do you mean we can avoid defeat (which seemed credible), or beat the bastards (which seemed incredible)?’

He flung his razor into the basin, swung around, and said: ‘Of course I mean we can beat them.’

By this time he had dried and sponged his face and turning around to me, said with great intensity: ‘I shall drag the United States in.’

END_OF_DOCUMENT_TOKEN_TO_BE_REPLACED

What are the first things that spring to mind when someone mentions the word “Spy”?  Well, in my mind images start to appear, men in trench coats, stolen and falsified documents, secret codes and spy gadgets.  Not to be forgotten is the legendary drink of fictional super spy James Bond a perfectly poured vodka martini. 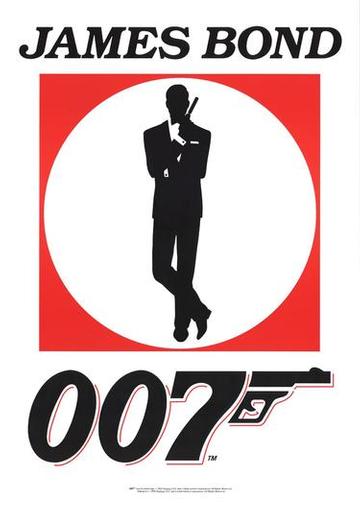 Now imagine just for a second that all of these things have a basis in fact and that the man at the center of it all was a real person who inspired the greatest fictional spy of them all Ian Fleming’s Commander James Bond of the Royal Navy.  You would think that I’d been staring at my computer screen just a tad long, wouldn’t you?

Well friends gather round and I’ll continue the story of William Stephenson.  In my last installment I told you all the story of William’s birth in turn of the century Winnipeg, Manitoba, his exploits as a child and his daring as a World War One fighter ace.

The rest of the story picks up back in Winnipeg with a can opener that William had stolen from the Commandant’s quarters while he was imprisoned in a German POW camp.  The design was revolutionary for the time leaving a clean edge on the can lid where other models of the day simply hacked off the top leaving a sharp jagged edge. Since North American patent law did not recognize German patents, William registered the device in North America and went into business forming the Franco-British Supply Company with friend Charles Wilfrid Russell in 1919. Soon after the young business men incorporated the company as Stevenson-Russell Ltd. raising money through selling shares in the community.

The post war period was hard for business and Stephenson-Russell was failing by 1922. William lost face in the Icelandic community he was raised in by not paying back the debts he had incurred while trying to grow the company.  He fled to England while members of his extended family set up a hardware store with the remains of the failed venture.

END_OF_DOCUMENT_TOKEN_TO_BE_REPLACED

Posted in Science and History, Uncategorized, Why Winnipeg Rocks!, Winnipeg and Hometown Goings On

William Stephenson the quiet man that would inspire 007.

James Bond is a highly romanticized version of a true spy.  The real thing is… William Stephenson. – Ian Flemming

It is accepted that Canadians are quiet people, we are not full of random boast or ecstatic praise without good meaning.  This post is an example of a quiet man  who made it to the very top of the silent services before there was a silent service to speak of.

William Stephenson was born in Winnipeg, Manitoba to immigrant Icelandic parents just before the turn of the 20th century.  Orphaned by his father at around the age of three, his widowed mother had little choice but to surrender one of her children to an extended family of other Icelandic immigrants.  Historians on the subject often over look this fact and in many sources have quoted an incorrect birthday and indeed an incorrect surname.  Sources have him attending a high school that never existed.  It seems that either the researchers did not attend to proper diligence or the trail has been intentionally made confusing.

END_OF_DOCUMENT_TOKEN_TO_BE_REPLACED

Posted in Why Winnipeg Rocks!