Well there are three things on my mind at this moment, well four if you can count how much I miss Charlie Sheen.  I am downstairs typing now because I am hiding from the travesty that is Two and a Half Men.

Yes, I know Charlie was a piss-tank of incredible stature and hardly reliable.
But that’s what made the show watchable, watching Two and a Half Men was like watching a train wreck in slow motion. To anyone who has woken up hugging the bowl or next to someone who you don’t recognize the show was like looking in the mirror week after week.

Charlie: the man, the myth, the unemployable.

END_OF_DOCUMENT_TOKEN_TO_BE_REPLACED

Living the Sheen Dream in Winnipeg.

Well friends it looks like Winnipeg has done it again.  First it was a trickle with Kitty Midnight Madness .  Then the trickle became a river with Maria Aragon and her YouTube sensation flooding the world and making Lady Gaga cry.

This however is total internet anarchy at its finest.  Local copywriter Jarrett Moffatt is living the Sheen dream in style.  His parody website displays a large talking head in the likeness of Charles himself.  Clicking on Sheen’s mellon produces one of the hundreds of ghastly quotes he has given in interviews during his recent troubles with the producers of Two and a Half Men. 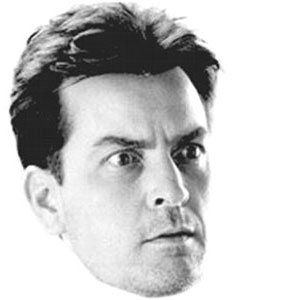 Charlie Sheen as seen on Live the Sheen Dream.

Live the Sheen Dream has accumulated over 16 million hits in just a few days of operation,  243 000 “Likes” on Facebook and almost 12 000 distinct tweets on Twitter.

All of this from a humble Winnipegger who wanted to sell a couple of T-Shirts.  Not bad Jarrett, not bad at all.

Story Update: I have just learned that the Live the Sheen Dream website has been having technical difficulties due to the incredible amount of traffic it is receiving.  The servers are unable to handle the traffic, but techs are working on a solution as I type this.