Roger Waters, tear down that wall!! A concert preview.

As you may have guessed by the title of this post Roger Waters and his wall have finally made it to Winnipeg and Dar and I have tickets for tomorrow night’s show! 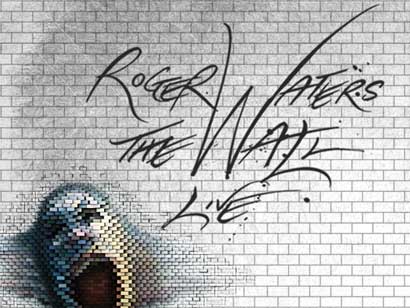 Being a teen age boy in the 1980’s exposed me to the full angst ridden fury and psychedelia that is the music of British super group Pink Floyd.  Along with Dark Side of the Moon, The Wall remains one of my all time favorite musical experiences.

For those of you unfamiliar with the concept that became the rock spectacle it is today let me give you a bit of background on Roger Waters’ magnum opus.  Born out of an incident at a Pink Floyd concert in Montreal, a group of fans in the audience were letting off firecrackers and generally being disruptive.  Roger being a relentless perfectionist took offense to the distraction and ended up in a screaming match with the audience.  Ending with Roger spitting on a fan close to the stage.

Marching Hammers an image from The Wall

Later horrified by his own behavior and alienation he felt while on stage the seeds for the character of Pink were formed.  Tensions in the band and his own tragic childhood also began to creep into the narrative of the rock opera.

In its simplest form the movie and stage show depict a rock star named Pink in a downward spiral of mental and physical torment.  Losing his father in world war two, an overprotective mother figure and a cheating wife coupled with his own denial and drug abuse lead Pink to shut himself off from the world.  Figuratively building “The Wall”.

Isolated and alone his psychosis takes form on a wall being built on stage.  At the end of the first act the wall is complete and Pink performs from behind the wall.  Images of his nightmarish mind projected upon the wall for in the audience to see.

Needless to say I am almost jumping out of my skin in anticipation for the event tomorrow night.  All of my own angst ridden teenage phobias and dreams coming to life in front of my very eyes with the one and only Roger Waters at the helm. 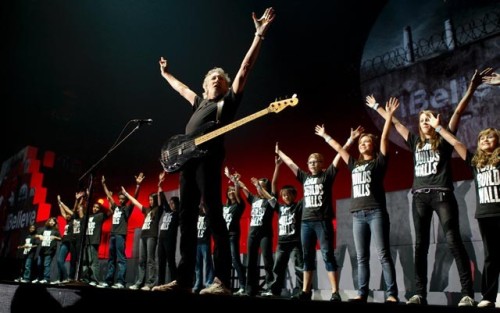 I promise to give a detailed review of the show as soon as I come down from cloud nine in the coming days.

26 responses to “Roger Waters, tear down that wall!! A concert preview.”