What the #@(! is that: Springtime edition. 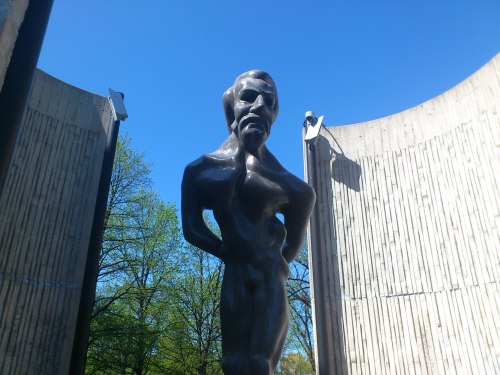 Well spring has sprung here in Winnipeg, Manitoba and that means a few things.  Road work, mosquitoes and public art travesties.   I have come upon a few new ones and a golden oldie that I had been searching for quite a while.

First up is a rather quaint installation only minutes from my home in St Boniface.

A piece dedicated to Gabrielle Roy, a St. Boniface teacher and writer.  Gaining acclaim for her novels The Tin Flute and  Alexandre Chenevert for being a motivating factor for Quebec’s Quiet Revolution . 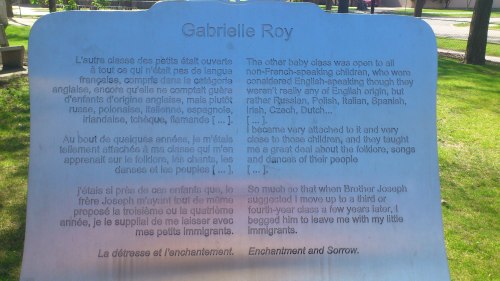 This piece speaks for itself in its simplicity and musical nature. 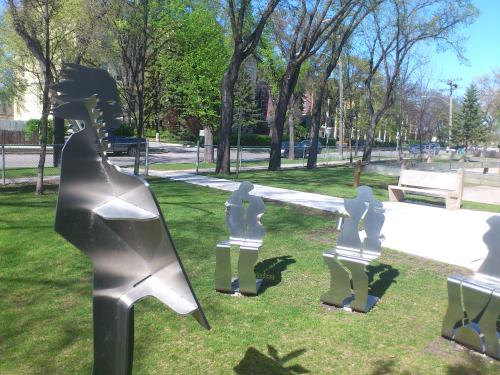 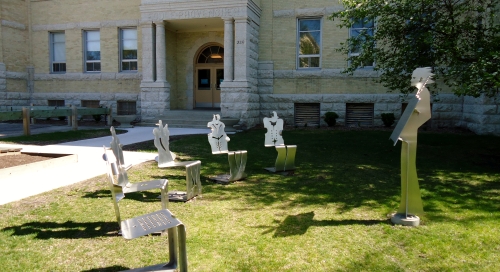 Of all today’s pieces I find this one strangely haunting, almost lyrical.

A brand new horror for the eyes going in at Winnipeg’s Millennium Library.  I hate to think what this fresh hell of a monstrosity is going to cost us taxpayers when our roads are crumbling and the other city infrastructures are going to ruin.

I have no idea what it is but let’s call it The Beaker! 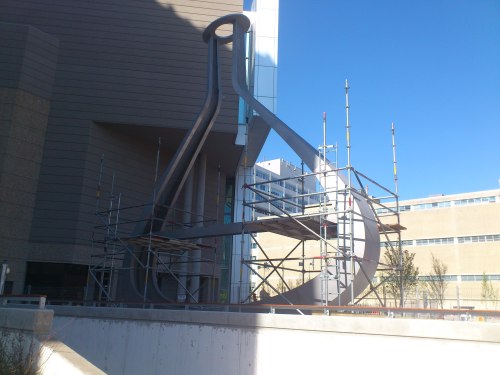 This frigging thing has to be at least 40′ tall and when I saw it installed this morning took two cranes to put in.  Plus blocking traffic and causing whiplash in any passing drivers is sure to put neck strain in our tax paying pocket books.

This one is a bonus feature that I caught back hobbling to my jeep, tucked away in a garden in the Millennium Library Garden above street level is something I am sure is adored by the scores of Winnipeg street folk as a handy urinal. I give you what I call Boing Boing. 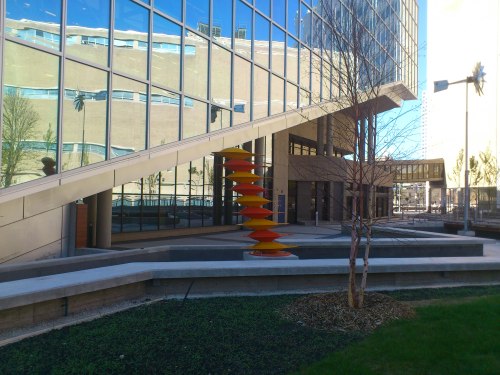 This piece has eluded me for some time despite being a frequent patron of the libraries of Winnipeg.  It is hidden from view from the general and driving public by a retaining wall that elevates the garden some many feet above walking and driving level.  The only people that I saw there today enjoying this lovely piece of statuary were passed out on benches in the park.

I doubt most of Winnipeg will even know it exists.

Finally on to some serious art to talk about.

This piece by Evan Eyre, a celebrated Canadian artist looks in place at the corner of Portage and Main in Winnipeg.

This stark image of a man and dog looking north is iconic to all of what Winnipeg stands for.   Looking north toward winter, toward weather, or toward danger.  North is where our howling winds come from, death for the unwary. 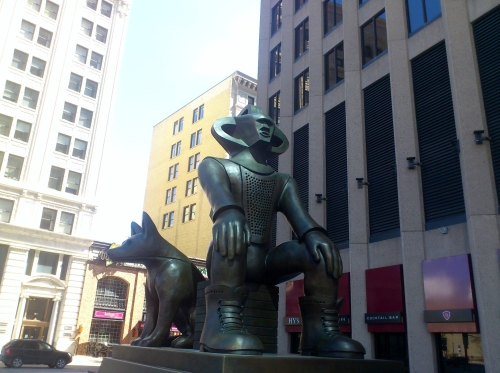 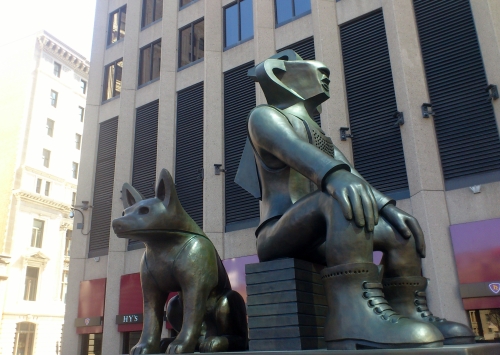 Finally I give you a piece that I have been hunting searching for a long time.

This tortured and troubled sculpture of the founder of the Province of Manitoba Louis Riel has been moved from place to place over the years.  He currently resides at Université de Saint-Boniface. 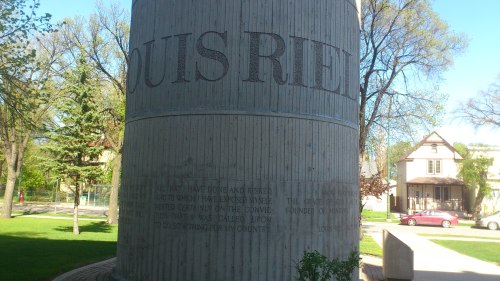 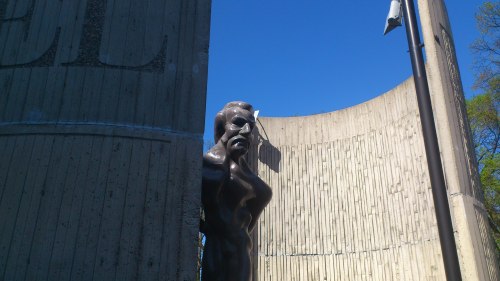 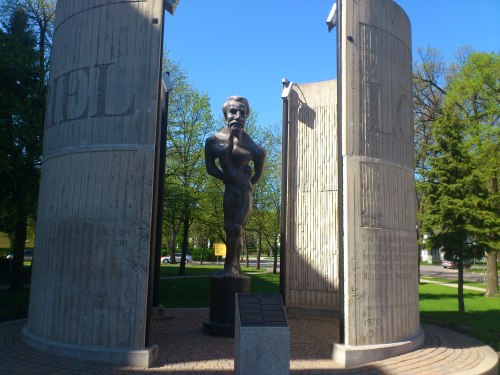 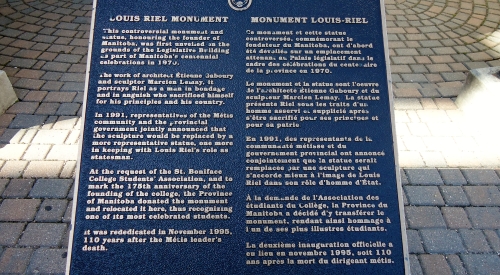 Do I understand art? No, but as many have said over the years I know what I like.  The last two I understand at least, monuments to men and the human condition.  The rest, I just don’t get.  Call me small minded or at least small government.

But at least we can all say What the HELL is That??