What are the first things that spring to mind when someone mentions the word “Spy”?  Well, in my mind images start to appear, men in trench coats, stolen and falsified documents, secret codes and spy gadgets.  Not to be forgotten is the legendary drink of fictional super spy James Bond a perfectly poured vodka martini.

Now imagine just for a second that all of these things have a basis in fact and that the man at the center of it all was a real person who inspired the greatest fictional spy of them all Ian Fleming’s Commander James Bond of the Royal Navy.  You would think that I’d been staring at my computer screen just a tad long, wouldn’t you?

Well friends gather round and I’ll continue the story of William Stephenson.  In my last installment I told you all the story of William’s birth in turn of the century Winnipeg, Manitoba, his exploits as a child and his daring as a World War One fighter ace.

The rest of the story picks up back in Winnipeg with a can opener that William had stolen from the Commandant’s quarters while he was imprisoned in a German POW camp.  The design was revolutionary for the time leaving a clean edge on the can lid where other models of the day simply hacked off the top leaving a sharp jagged edge. Since North American patent law did not recognize German patents, William registered the device in North America and went into business forming the Franco-British Supply Company with friend Charles Wilfrid Russell in 1919. Soon after the young business men incorporated the company as Stevenson-Russell Ltd. raising money through selling shares in the community.

The post war period was hard for business and Stephenson-Russell was failing by 1922. William lost face in the Icelandic community he was raised in by not paying back the debts he had incurred while trying to grow the company.  He fled to England while members of his extended family set up a hardware store with the remains of the failed venture.

It was there that everything started to click for William claiming patents for the latest in radio technology, including the forerunner of the fax machine and grandfather to the television.  A radio device that could send a photographic image via radio waves.  Making his fortune was only the start; he branched out into building projects including the Lion’s Gate Bridge project in Vancouver, Sound City Films at Shepperton Studios in London and the building of Earls Court Exhibition Center in 1935.  He also was influential in aircraft design, General Aircraft Ltd. a company owned by Stephenson developed a twin-engine monoplane that could climb and fly with only one engine and won the King’s Cup air race with an average speed of 134 mph in 1934.  The ST-10 powered by two 90 horsepower “Niagara” engines.

Needless to say with William now hobnobbing with the movie stars, writers and British politicians including one Winston Churchill.  However the child who was born into Winnipeg poverty never became an elitist.  William sought out ways to improve society and was quoted as agreeing with Winston Churchill that “The destiny of mankind is not settled by material compunction.” 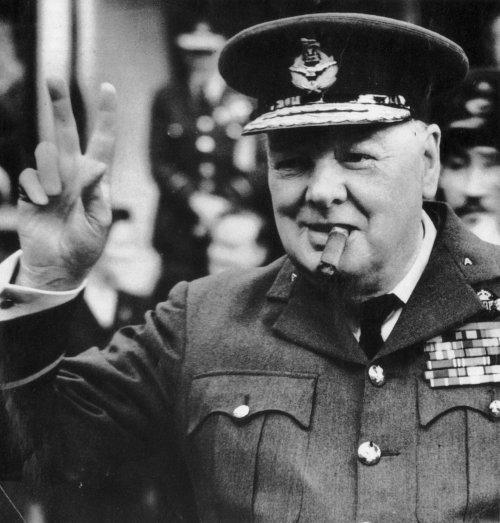 With that ideal in mind William traveled to India and began to underwrite projects to help the poor in those areas recruiting with him a bevy of Canadian engineers and experts in development and construction.

His travels in the late 30’s would also change the course of his life forever bringing him into contact with the beginnings of Nazi Germany.  Although the historical records are vague on this period of William’s life one thing is for certain there was an effort beginning to erase Stephenson from the public record.  His trips to Germany as a business man took him into the heart of German developments in a time where the British elite were not looked upon as enemies but as friends to the growing Reich.

It is thought that as early as 1933 Stephenson had access to German factories and aircraft facilities as one of the leading builders of monoplanes in the world at the time. It is quite conceivable that William was relaying information and photographs back to England to warn them of what was happening in German factories at the time.  In fact Desmond Morton, a civil servant and neighbor to one Winston Churchill, began making reports to British Intelligence (MI6) about the increase in German aircraft development.  Thus establishing a very likely chain of Stephenson, Morton, Churchill.  Stephenson gathered the intelligence, Morton interpreted the information and Churchill as a political animal raised the alarm.

While those in the British government friendly to Nazi Germany and Hitler continuously underestimated the growing threat Churchill backed up by Stephenson and Morton behind the scenes hammered the National Government in Parliament.  Government estimates of the day had Germany producing one hundred aircraft annually while figures given to Churchill quoted figures of one hundred and twenty five a month in 1934. 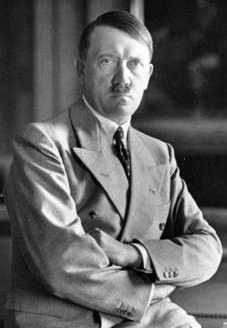 We must remember that at this time in the 1930’s the elite of England rather liked a young firebrand in Germany that swept away the Kaiser and returned the heart of Europe to an industrial and profitable powerhouse.  Germany under Hitler was expanding and expansion means business opportunities.  We must also remember that the aristocracy in England had tight family ties with all of the royal houses in Europe.

In this way William Stephenson was vital to an ever powerful Winston Churchill, who could see the growing threat that Nazi Germany posed. Thus the relationship was formed, a Canadian businessman outside of formal channels and independent of means.  Stephenson and his fortune and ability provided Churchill the perfect means to gather intelligence beyond the knowledge of parliament and form his own means of defense for Great Brittan.

Posing as a representative for British passport control in America, Stephenson opened a small office in New York City with the expressed goal of controlling British subjects on US soil.  His covert mission however was to gain the ear of American President Franklin D Roosevelt by any means possible and drag the United States into war.

His Codename for this mission was INTREPID. 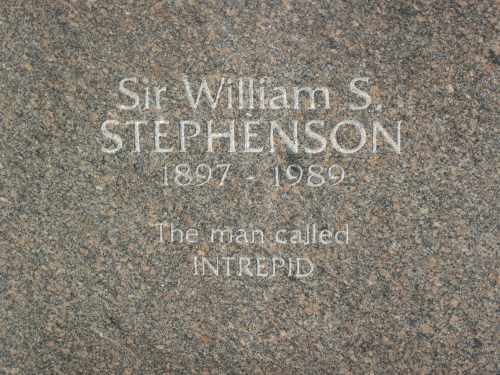 Part One: William Stephenson the quiet man who would inspire 007