Last post I promised everyone a return trip back into Winnipeg’s Assiniboine Park.  More to the point I all but promised to show you the working men and nudes that made Leo Mol sought after sculptor the world over.

As I showed in my last post Mol had a grand love of the beauty and quiet of nature.  A very good friend of mine cared for Leo in his final years at the Taché Nursing Home where he was a resident.  In our long walks through the garden that bears his name she would speak of Leo with worried tones.  As one of the many nurses charged with his care she would often sit and visit with him, she spoke of the the way a mention of his artwork could snap him out of his haze and return a smile and razor edge to his mind as he discussed at length the processes and inspirations that brought life to his art.

I never got to meet Leo Mol personally, but like I often say Winnipeg is a small enough city to know someone through the company they keep.  In his work I could see a steady and measured hand, a quiet mind that enjoyed beauty in all of it’s forms.  A man driven and skilled enough to craft metal and glass and paint into the images that he alone saw in his minds eye.

Bronze nudes and the female form. 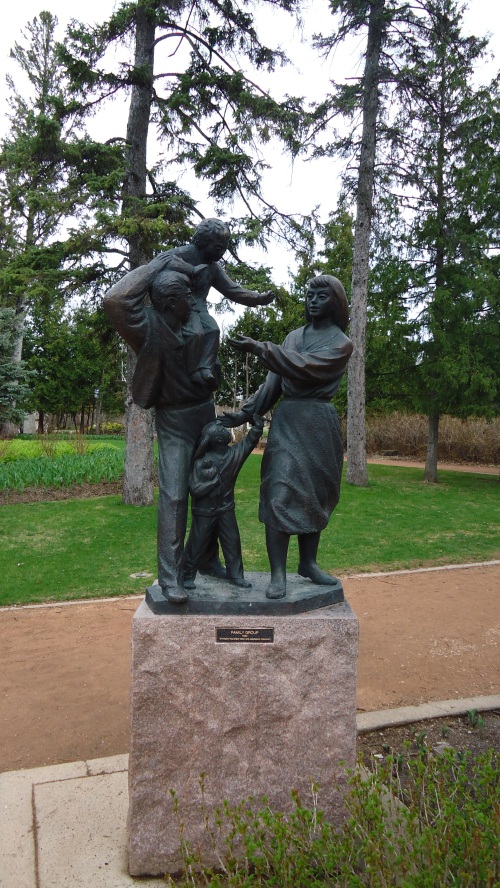 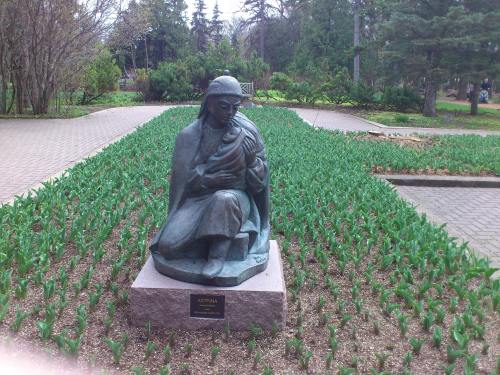 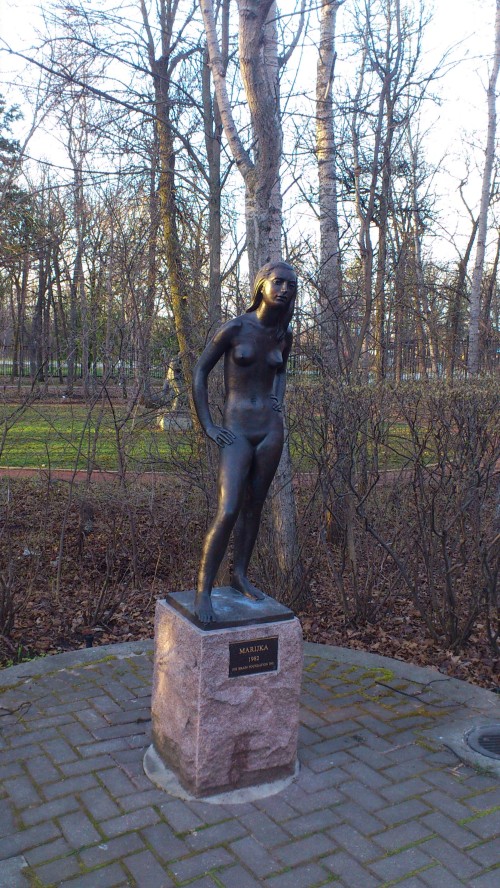 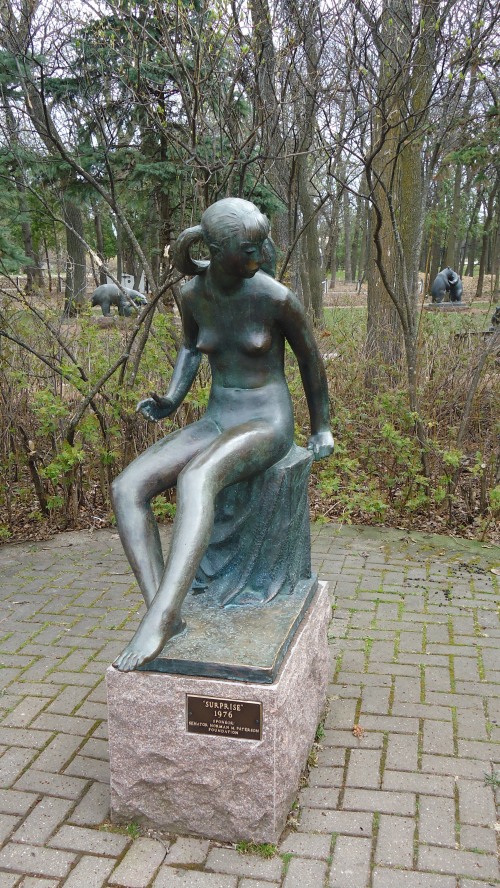 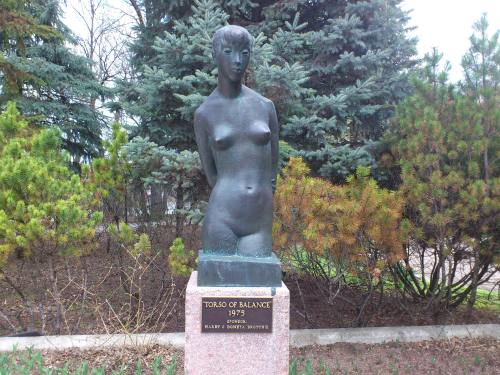 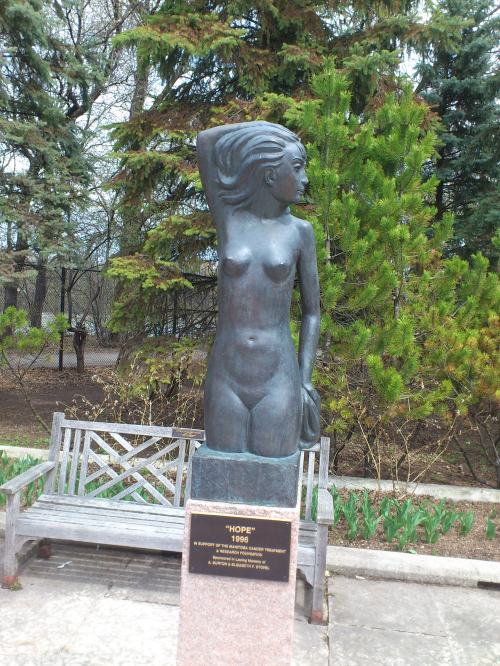 Hope - In support of Cancer treatment and research (1996) 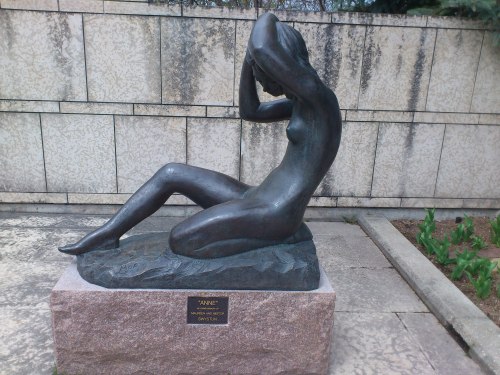 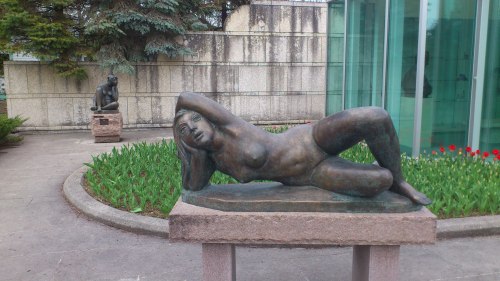 Reflecting pool and fountain in The Leo Mol Sculpture Garden 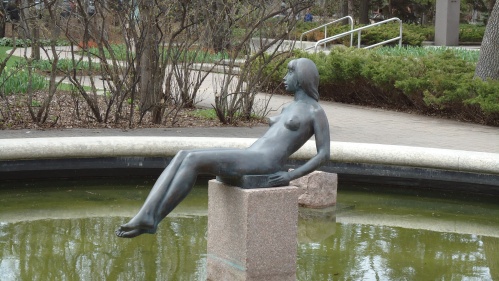 Manitoba has a proud heritage of men hard as the ice that covers this often harsh land, loggers, farmers, bush pilots and immigrants all hail from here.  Others are part of world history, leaders of men, Prime Ministers and Popes, Leo Mol sculpted them all. 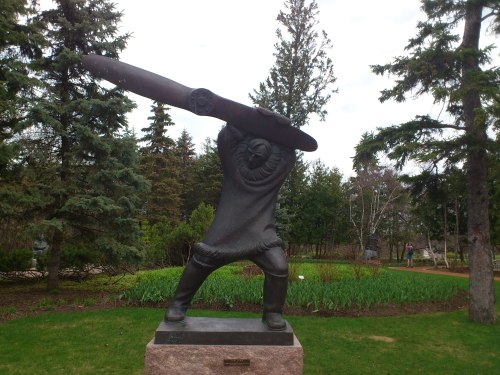 Tom Lamb, an intrepid bush, pilot helped to open the Canadian north. His company Lamb Air used the motto ” Do not ask us where we fly, tell us where you want to go.” 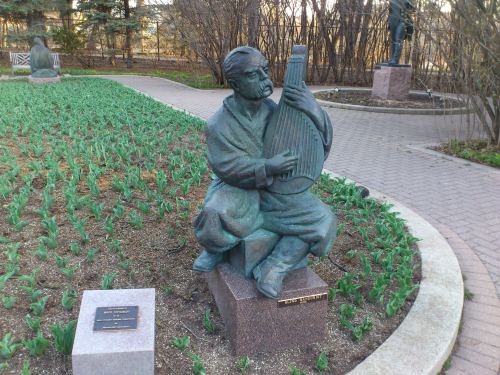 Haydamaky commemorates the Cossack rebellion against the Polish nobility in the early to mid 1700’s. 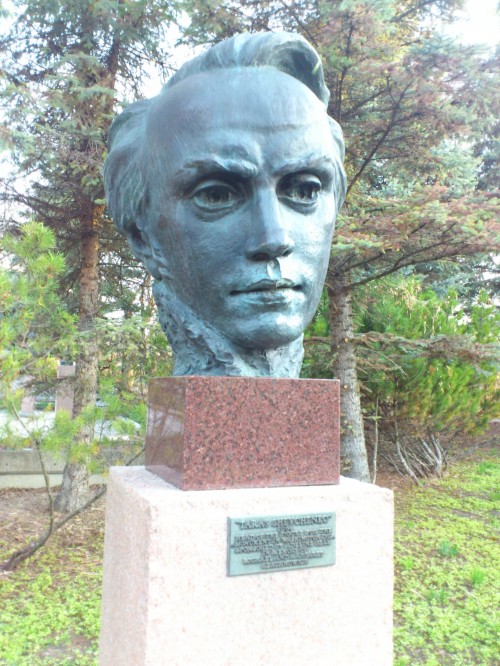 Taras Shevchenko, poet and chronicler of the uprisings against the Czar. Hero to the people of Ukraine.  Author of the epic Ukrainian poem Heydamaky. The originals are in Buenos Aries on display as a tribute to liberty.

In a quiet corner of the garden, lays Moses’ pond.  Framed by pines and bubbling water the tranquility of the place washes over you in waves.  If you shed your care layer by layer as you move though the outer rings here you can enjoy quiet and inner peace.  The only sounds first thing in the morning are the rustling of leaves, the chirping of birds and the scampering of squirrels through the underbrush. 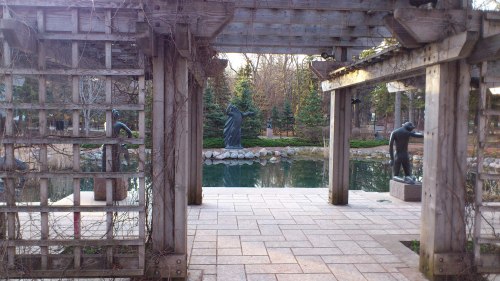 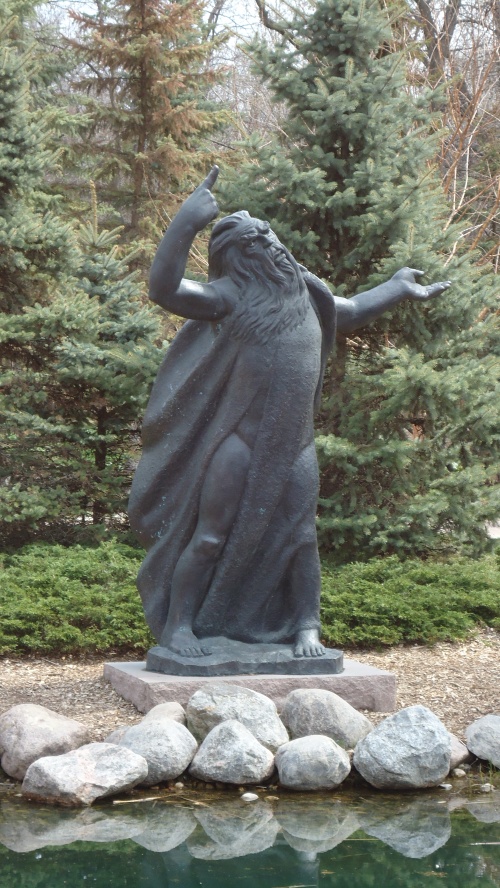 Moses among the trees 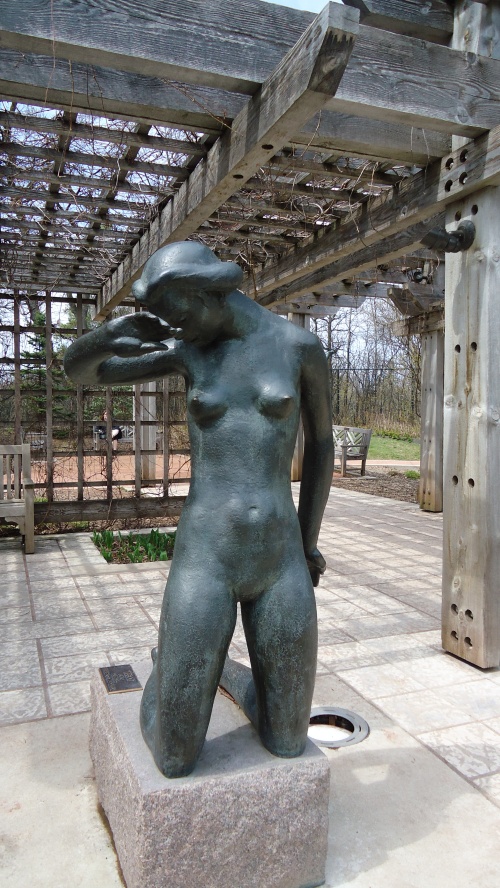 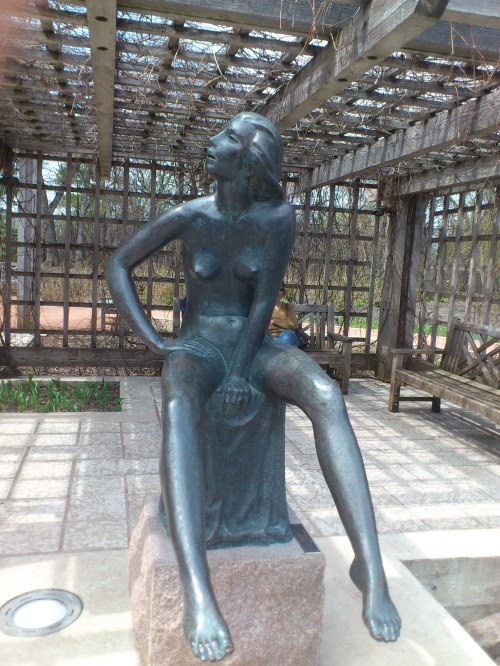