U2 is driving me crazy tonight!

I guess most of you can gather from my latest posts that I am an experience oriented kind of guy.  Good food, good music and good friends make up the core of who I am as a person.  I am not one to buy the latest or the best of anything to keep up with the neighbours.

But when I am tempted to spend money I like to go and get the best that I can, consequences be damned.  That was all fine and dandy when was a single man, I could easily starve for a couple of weeks to afford my latest adventure, not so easy when me became us. 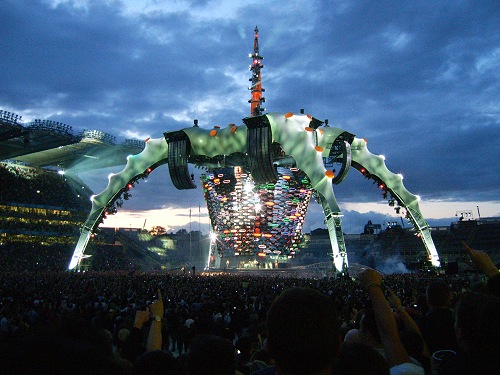 Needless to say I was beyond the moon when U2 announced last week that they were bringing the 360 tour to Winnipeg next May.  My obsessive compulsive personality kicked in and I started to plan my attack on the ticket window with all of the precision and single-mindedness required of let’s say the Normandy Invasion of 1944. 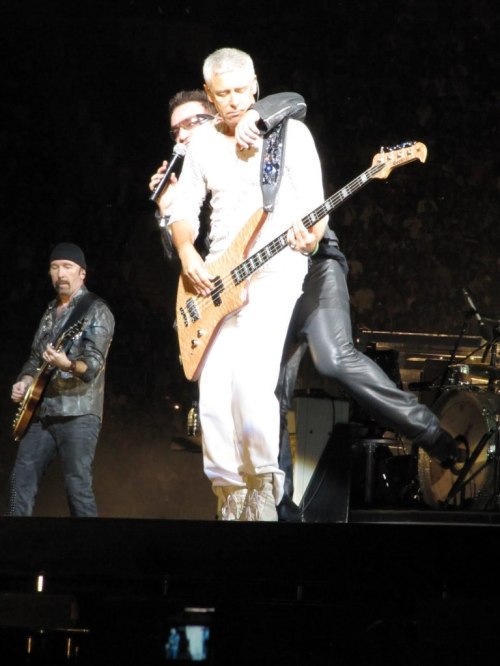 I set about to compile resources, allocating monies, insuring credit cards were good to go.  Researching pre-sale options and back up plans should something fall through. Locations of ticket windows and phone numbers, websites from the band and ticket provider were scoured with manic persistence.

Eventually, slowly, the situation became clear.  A pre-sale would be available but only to U2 fan club subscribers.  A $50 fee, for a chance to get an early shot at tickets.  We bought the package figuring that it would be the best and only chance to get a good seat at a reasonably affordable price.  Credit card info changed hands and we received our password. Only to find that 50 bucks doesn’t buy very much in the way of ticket security.  Because U2 has such a huge world-wide fan base we learned that a pre-sale would be taking place but it would be opened in stages. Members of higher seniority would be granted access to tickets a full 5 hours before members of our tier would be allowed access.

I sat stunned, watching not only our hard-earned money fly out the window but also any chance at a choice seat for the show.  Things only got worse when only a day before the ticket window opened that a FREE pre-sale would be offered by the local football club.  Yep, my beloved Winnipeg Blue Bombers were twisting the knife that the fan club had rammed deftly between my shoulder blades.  Et tu Bombers, et tu?

Attempts to get the situation clarified with the U2 fan club only served to muddy the situation.  They replied in form letter fashion, revealing nothing that I did not already know.  Seemingly one hand did not know what the other was doing.

With a limited budget and time running out I could see myself spinning out of control.   I forced myself to go to sleep, driving the options out of my head.   I’ll go crazy if I don’t go crazy tonight.

About one hour from first pre-sale.  Hoping to get computer time here at work.  Hoping against, hope that good seats will be still around if I end up having to wait until 3 pm for our fan club pre-sale window.  Arrgh!

Tickets secured, through our  Season Ticket Blue Bomber option. Good Seats just what I was hoping to get actually.  Blood pressure returning to normal, breathing slowing.  Co-workers, think I have gone crazy, running back into the area from a quiet computer location.
I am sorry for making your life a living hell darling, I Love You!

Now I just have to keep from chewing my nails off till May 2011. Yikes!! 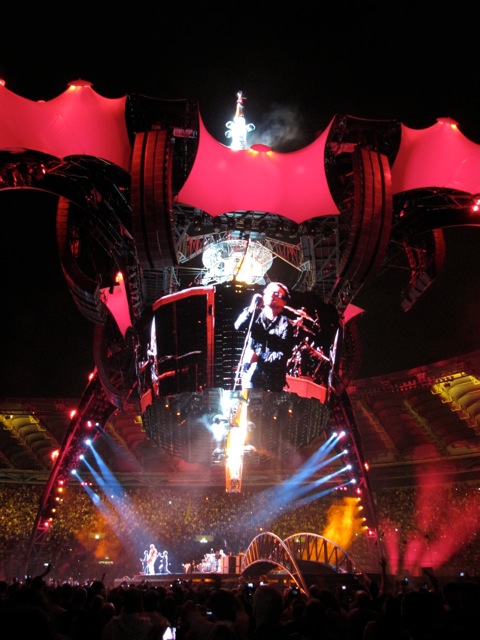 This entry was posted in Rants and tagged 2011, Canad Inns Stadium, May 29, Normandy Invasion, Ticketmaster, Tickets, U2, U2 360 Tour, Winnipeg, Winnipeg Blue Bombers. Bookmark the permalink.

14 responses to “U2 is driving me crazy tonight!”